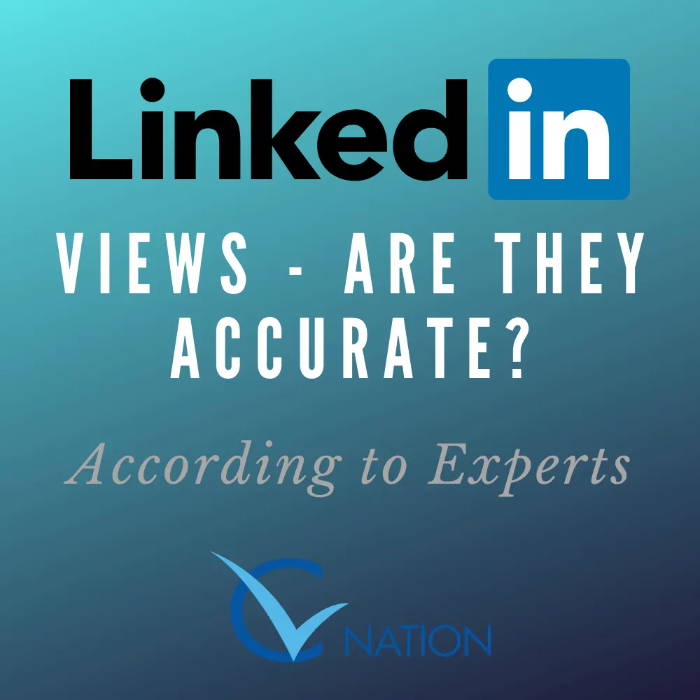 What is LinkedIn’s ‘Who’s Viewed Your Profile’ Feature?

With approximately 95% of recruiters using LinkedIn, the platform is a great means of showcasing your skills and building valuable connections. In recent years, LinkedIn has become a vital tool for job seekers.

But what makes the process of job hunting on LinkedIn even better is the fact that you can find out who has viewed your profile. Of course, those who view your profile will likely have some degree of interest in you. Gaining this insight into those who are snooping around your profile enables you to learn who may interested in employing you.

LinkedIn always tracks who views your profile. You will receive a notification when someone views your LinkedIn profile. If you haven’t had any profile views in the last 90 days, this feature will not be available on your profile.

‘Who’s Viewed Your Profile’ with LinkedIn Basic and LinkedIn Premium

LinkedIn users can utilise the 'Who’s Viewed Your Profile' feature to greater or lesser extents, depending on whether they use LinkedIn Basic or LinkedIn Premium.

So what are the differences?

With LinkedIn Basic, you are able to discover the five most recent viewers within the last 90 days.

With LinkedIn Premium, you are able to discover the entire list of viewers from the last 90 days. Alongside this, LinkedIn Premium members have full access to weekly viewer insights, including the percentage of increase and decrease in viewers.

How Accurate is LinkedIn’s ‘Who’s Viewed Your Profile’ Feature?

LinkedIn’s ‘Who’s Viewed Your Profile’ feature provides accurate information regarding the number of unique profile views and public profile views within the last 90 days. However, if users are browsing your profile in private mode, their names will not be provided to you.

As noted earlier in this guide, if you are using LinkedIn Basic you will only be able to see the five most recent viewers within the last 90 days. As such, you may not be getting informed about all the people who are viewing your profile.

What is LinkedIn's Other 'Views' Feature?

LinkedIn also enables its users to utilise its analytics tools to learn about important metrics. These metrics allow users to discover numbers about article views, profile views and search appearances. This feature can be found on the ‘Your Dashboard’ section of your LinkedIn profile.

This is an excellent feature for job-seekers as it lets them learn how effective their LinkedIn activities are and whether they’re engaging with their audience.

If you publish articles on LinkedIn, you can also learn information related to page views, likes, followers and performance. To access these metrics, navigate to the 'Your Articles and Activity' section of your LinkedIn profile. The reports about your articles will also be emailed to you by LinkedIn.

How Accurate is LinkedIn’s 'Views' Feature?

As mentioned earlier in this guide, the three standard features of LinkedIn’s 'Views' feature - which is positioned on LinkedIn profiles - are ‘Who Viewed Your Profile’, ‘Article Views’ and ‘Search Appearances’.

The numbers of those who have viewed your article are accurate, but whether it was actually read cannot be determined. These numbers may include users who have opened your article, before immediately closing it.

For example, your search appearance results may include users who have searched directly for your name, along with those who have been searching for your job title.

How to Find Out Who’s Viewed Your LinkedIn Profile

To find out who specifically has viewed your LinkedIn profile, log in to your profile and navigate to the ‘Me’ icon at the top of the page. Click ‘View Profile’, followed by ‘Who Viewed Your Profile’.

Here, you will see the names and profile photo of those who have viewed your LinkedIn profile.

Why is this important?

Because it enables you to learn who is interested in you as a professional and, possibly, as an employee. It also provides an opportunity for you to connect with users who have viewed your profile if they have not made the first step.

How to Connect With People Who Have Viewed Your LinkedIn Profile

When someone views your LinkedIn profile, it provides you with a fantastic platform to start building a relationship with them. By viewing your profile, they clearly have some kind of interest in you. So why not get typing and connect with them?

So what's the best way of doing this?

Write them a simple message, acknowledging that you’ve noticed the fact that they viewed your profile. Find some common ground and show a genuine interest in them or their business.

Here is an example:

I noticed that you viewed my profile yesterday. I would be delighted to connect as I have a strong interest in your company and I have always admired the work you do, especially with B2B customers in the telecommunications industry.

I hope you accept my invitation to connect and I look forward to hearing from you.

Notice how this example message is not vague. It’s specific to the recipient, touching on an admiration for the company’s work with B2B customers in the telecommunication industry.

When connecting with LinkedIn users, always avoid being generic and vague. You stand a much greater chance in networking if you are genuine.

LinkedIn’s ‘Who’s Viewed Your Profile’ feature is accurate, as long as users have not viewed your profile in private mode and you are using LinkedIn Premium. If you're using LinkedIn Basic, you will only see the five most recent viewers.

LinkedIn’s other 'Views' feature – which covers article views, search appearances and the number of people who have viewed your profile – provides very accurate metrics. LinkedIn always tracks these events when they occur.

However, the metrics aren’t extremely insightful. The article views feature won’t let you know if users have actually read your article. Likewise, the search appearances feature won't tell you which search term caused you to appear in search results.

Hopefully this guide has proven useful in learning about the accuracy of LinkedIn views. Don't forget to ensure your LinkedIn profile is consistent with your CV. For CV help, take a look at our CV writing services.

Tell Me About a Time You Demonstrated Leadership | Interview Question

Tell Me About a Time You Demonstrated Leadership | Interview Question